EuroBabeCams.com is a site that promises classy and trashy webcam models serving it up Euro-style.  It uses the same platform as the Cams 247 network and offers the same low-prices.  From what I’ve seen so far, the babes are slightly older than on other sites.  The majority of performers are from America and Asia.  Seems a bit odd, don’t you think? — a site that promises “Euro Babes” but most models are from other countries.  Find out more about the site by reading our in-depth review below.

The layout is nearly identical to that of Cams 247 and Asians 247 with the exception of how the models are organized.  The “Free Chat Euro Cams” are sorted at the top by default with the Asian models – a considerable larger selection of girls – found below the European women.  There’s no advanced search options, but the categories on top will suffice for most casual viewers.

Models are divided into the following categories:  Girls, Lesbians, Couples, Group, Boys, Transsexuals, Friends, 18-21, Pregnant Girls, Virgins, Shy Girls, and $0.99 Models.  Of the 214+ models online, 180 of the models are included in the “$0.99 Models” category.  It’s easily one of the better values in live webcams, and especially live Euro cams which tend to be more expensive. 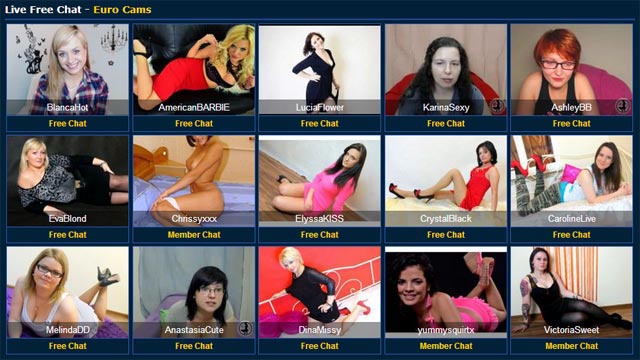 The VIP Membership is optional.  I’d only recommend it if you’ve already tried out some of the private chat features.  It costs $29.95/month and gives you 10% discount on all private shows.  VIP members also get unlimited access to daily feature shows by hand-selected models.  Signing up for VIP also lets you send you favorite models messages while they’re offline.

Whether you sign up for a VIP membership or not, you’re still always charged per minute for Private Chat.  As mentioned, the standard price is $0.99/min.  But some models charge $1.99 or higher.  Your credit card will never be charged above your initial purchases.  The smallest credit bundle starts at $29.95 which will give you about 15 or 30 minutes in private chat depending on the model you select.

Euro Babe Cams is probably the cheapest site out there offering live European webcam models.  Unfortunately the selection of “Euro” models isn’t that great, even at busier times of the day.

Submit Your Own Review Cancel reply 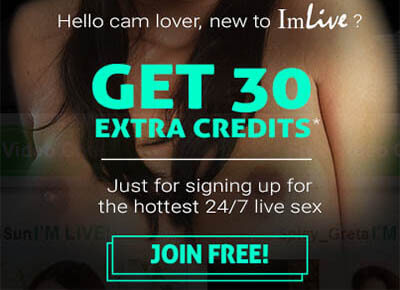 Join ImLive.com (review) through our site to get 30 EXTRA CREDITS on your first purchase! Just look for the special offer at the ImLive home page below:
Get 30 Extra Credits »

Livecamreviews.net use cookies to ensure that we provide our readers the best experience of our website. If you continue using our site we will assume that you agree with that. Click on the following link for more details about our Privacy Policy.Ok